House of the Week: Modernist townhouses with skyline, lake views start at $380K 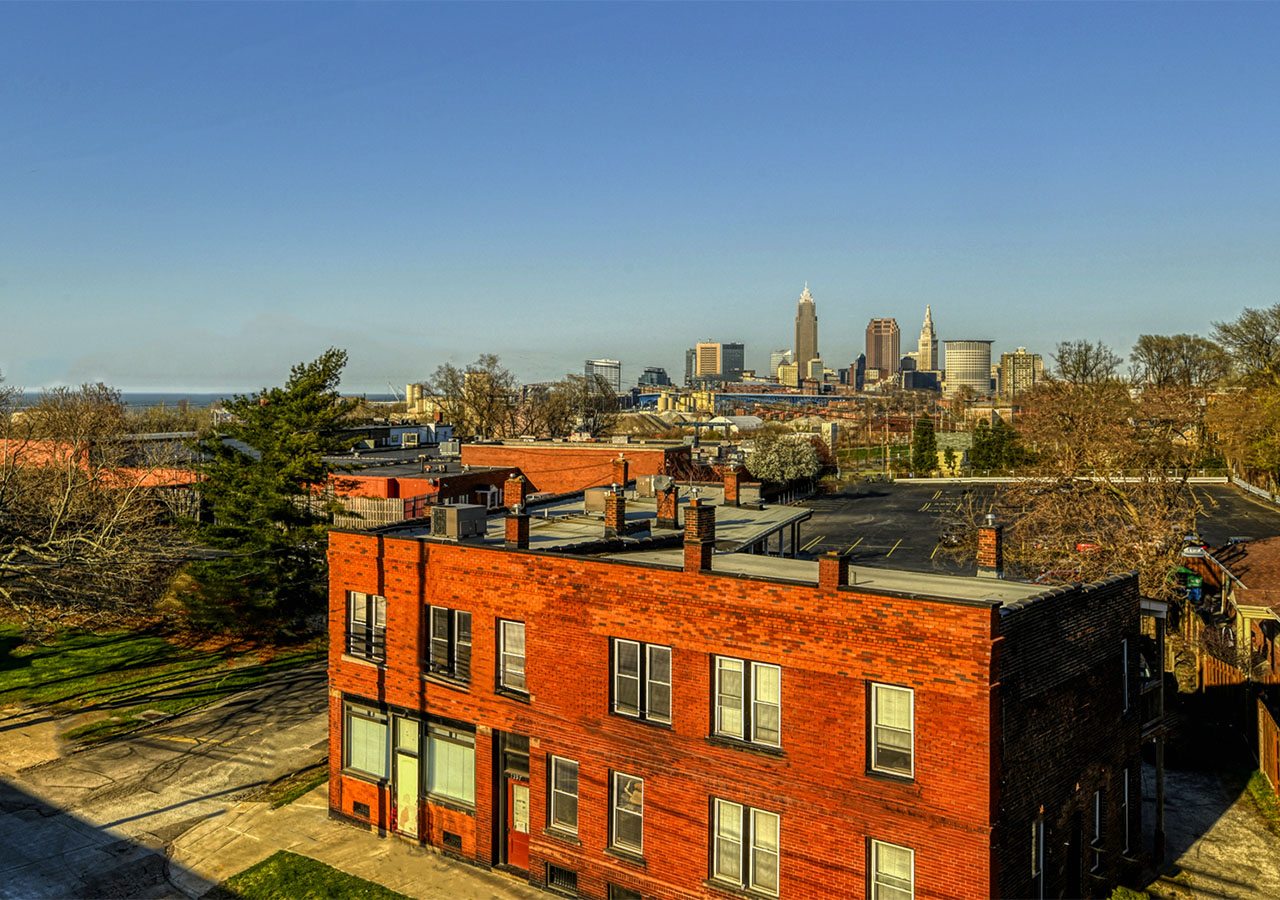 CLEVELAND, Ohio — Boasting a sleek, modernist exterior, thoughtful open-floor plan, killer views and desirable location between Gordon Square and Edgewater Park, the Cyan Park townhomes stand out in a market teeming with them.

With 15 of the project’s 21 units sold or under contract, six customizable homes are available ranging in price from $379,900 to $514,900. Each unit is about 2,100-sq. ft. in size and features two bedrooms with optional configurations for up to four, two-and-half baths, two-car garage and a rooftop deck.

“We had a lot of positive feedback and won some awards for Tremont Black so we decided to do an encore project in a matte white,” said J Roc Development Principal Jesse Grant, referring to the developer’s project in Tremont, completed in 2017.

“Still totally original, but a sort of riff off what we thought played well in Tremont. We generally like places that promote modern human tastes with basic attributes like access, walkability… places that are livable, cosmopolitan and interesting. Being right on [Edgewater] park, a three-minute walk to the best asset in the whole state, Lake Erie, and just a short stroll to Detroit Avenue and everything they’ve done there. It’s a solid spot and we paid keen attention to detail throughout.”

One of those details is the main level open-floor plan. Unlike the typical modern townhome, the kitchen is in the middle of the space, adjacent to the stairs and between the living room and dining rooms. This allows for better flow because the kitchen and living room are generally the two most widely used areas of the house.

Purchase of a townhome includes a 15-year tax abatement and free trip with first-class airfare and six-might stay at any domestic Ritz Carlton hotel. The developer says the timeframe from signed contract to move-in ranges between 4 to 16 weeks depending on the level of upgrades.