It’s a lofty new view of the West Shoreway 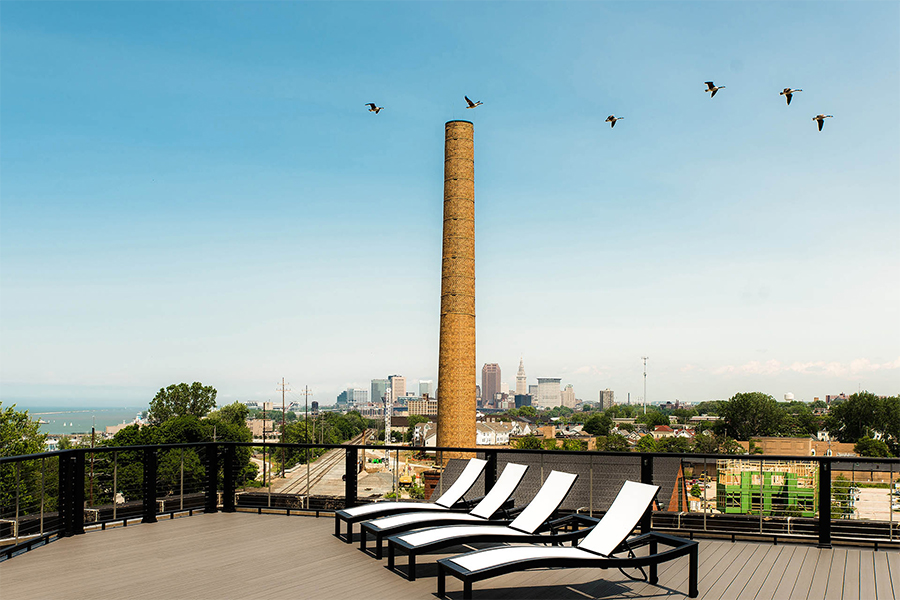 Loft living will join with looks at the lakefront as a former tool and die shop along Cleveland’s West Shoreway is converted to apartments in a $10 million-plus makeover. The property at 1260 West 76th Street is next to a recently upgraded pedestrian tunnel connecting West 76th to the beach at Edgewater Park. Construction is under way on the project, which involves a partnership that includes the building’s owner, the Catanzarite family — the family behind Pat Catan’s Craft Centers — Nationwide Insurance Co. of Columbus and Tracy Green, a founding principal of Ohio Realty Advisors in Richfield. The project, appropriately dubbed “The Shoreway Building,” is led by Nick Catanzarite, a lawyer in the real estate unit of Walter Haverfield LLP, and Mr. Green, whose firm will serve as construction manager for the conversion and property manager after the building opens.

The two most recently worked together on the Goodyear Tire & Rubber Co. headquarters developed by Industrial Realty Group of California, a large client of Ohio Realty. “My expertise is in representing real estate developers and lenders in doing these types of deals, which enabled us to walk the family through how we would put the deal together,” Mr. Catanzarite said. He said his father, Mike Catan, CEO of Pat Catan’s, worried about the risk but signed on as the plans came together. The property has been in the family’s hands as a warehouse since 1986, though a sign on the building’s exterior still bears the name of industrial distributor Mau Sherwood Corp., which moved to Twinsburg years ago. The building dates to 1918, when it was constructed for Globe Machine and Stamping Co., and is on the National Register of Historic Places. “This building was built like a fortress,” Mr. Catanzarite said. The conversion project was awarded a state historic preservation tax credit. Such credits allow companies to offset their federal and state income taxes. Nationwide Insurance is in for tax credits valued at about $4 million, Mr. Catanzarite said.