The river again reshapes the land 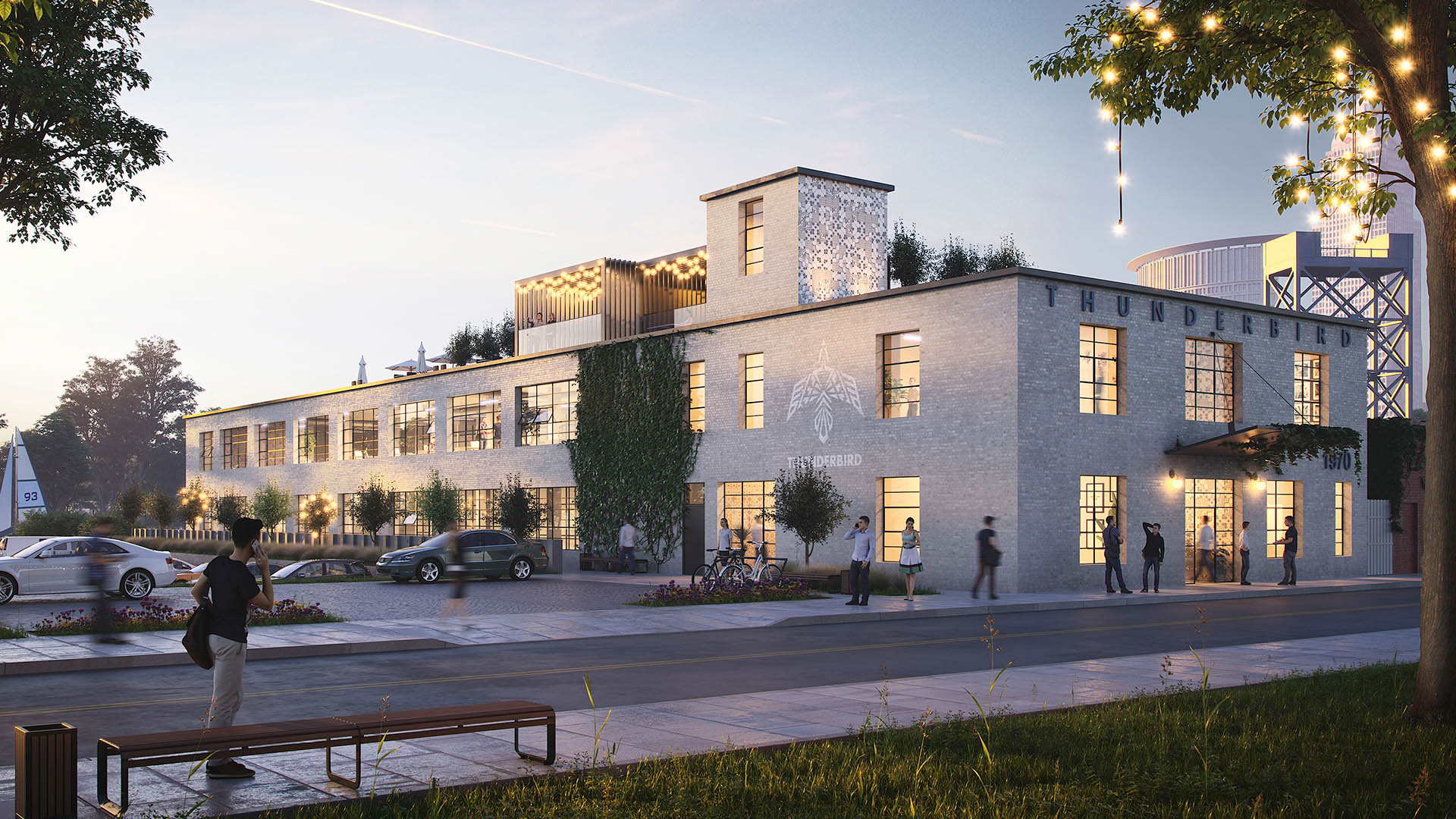 Following the river east to 1970 Carter Road, plans have surfaced to renovate a two-story, 1920s commercial building as contemporary office space. Dubbed Avian, the renovated building would be the first new use to rise from Thunderbird, a 25-acre land development on Scranton Peninsula by J Roc Development of Cleveland. The group, led by developer Fred Geis, in 2017 bought the massive riverfront site the former Forest City Realty Trust had held for 30 years.

With exposed brick and mushroom beams, the building that CBRE broker Conor Coakley is hunting tenants for on behalf of J Roc is designed to cater to office tenants who want downtown-proximate alternatives to skyscrapers and access to the Tremont and Ohio City neighborhoods.

Coakley also sees it as a home for a tenant seeking a high-visibility location on the river near the proposed Great Lakes Brewery building, on a site the brewery bought from J Roc. Residential uses are planned for the balance of the slip of land between Carter and the river. The developers have scraped the scrubby brush and debris from that site, which now resembles an airfield next to the river.