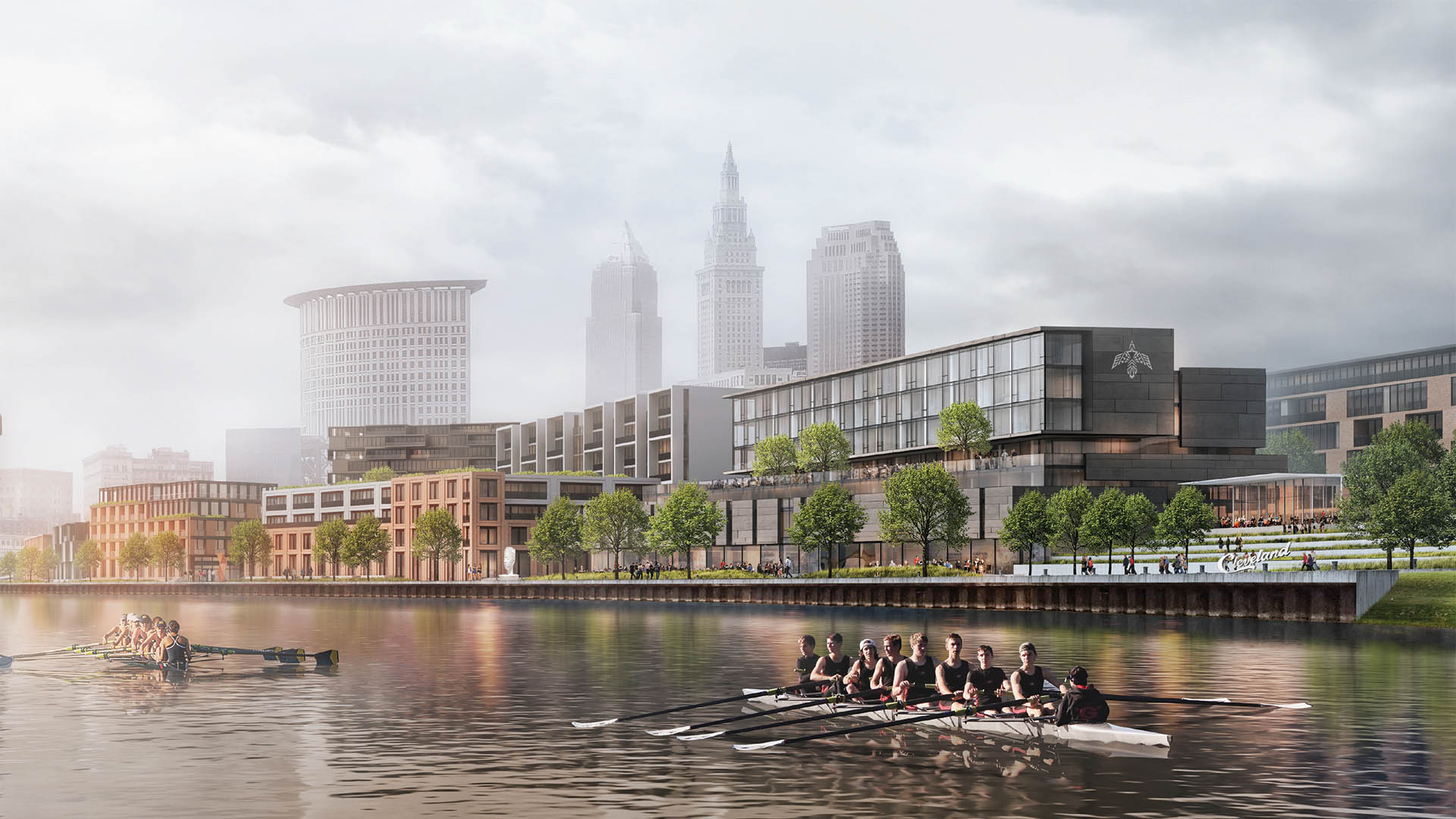 Located between Downtown Cleveland and many of the city’s neighborhoods lies the Flats – a flat territory that follows the Cuyahoga River through the city and historically served as the home to Cleveland’s economic engine: heavy industry. Today, many companies have left the city and in their place, the Flats have become a diverse mix of industry, redeveloped historic buildings and new development all connected and separated by streets, bridges, rail spurs, lift bridges and a new pedestrian trail network. Situated between the new Flats of redevelopment and the industrial Flats of the past is the Scranton Peninsula and the Thunderbird District: a primarily vacant site full of opportunity. With a vision for the next 100 years, the master plan creates a dense pedestrian-oriented neighborhood with human scaled spaces, views and a unique waterfront experience. The district looks forward, progressively, in terms of design but the master plan is consciously rooted in the history and geography of the Scranton Peninsula. The site today presents both large and small experiences: from sweeping views of the city and a mega-scale retaining wall that broadcasts the site’s mighty industrial past to the intimate enclosure of overgrown corners of the site that nature has begun to reclaim. These experiences are opportunities on which this master plan builds. Grand and scenic elements are to be celebrated and balanced with a community of protected and comfortable walking streets. By negotiating this balance, the character of the district will be uniquely itself and specifically born in Cleveland.